Silver agreed to the project, which she began that year. Seeking baseline values for the carbon concentrations in the soil, she and her students collected samples from different rangelands in Marin and Sonoma Counties.

The samples with the most carbon, it turned out, came from current and former dairy farms. What distinguished these operations, she learned, was that they often sprayed manure onto their pastures; this was done both to fertilize the land and dispose of waste. Apparently, how soil was treated could very much affect its carbon content — a surprise.

But how quickly could they do so?


Silver found an answer, in part, by looking for nuclear fallout. In the midth century, radioactive carbon isotopes were spewed into the atmosphere as a result of aboveground nuclear tests.

Plants around the world absorbed those isotopes during photosynthesis, effectively turning them into a time stamp. Wherever that carbon shows up, it must have arrived there relatively recently. On dairy farms, Silver found the isotopes a full three feet below the surface. This was another surprise. Conventional wisdom holds that it takes perhaps hundreds of years for carbon-rich topsoil to accumulate. On these dairy farms, however, atmospheric carbon had pushed deep into the earth in a matter of decades. Wick wanted to know if he could deliberately replicate this process on his ranch — but without manure, which, as it decomposes, can release potent greenhouse gases like methane and nitrous oxide.

The former traps about 30 times as much heat as carbon dioxide, the latter times as much. As a carbon-farming tool, manure might be self-defeating. Jeff Creque, a onetime organic farmer, had a suggestion: Why not use compost? Compost can contain manure, but whereas manure alone can release nitrogen as nitrous oxide, the nitrogen in compost becomes locked up in complex molecules. At least in theory, that limits the escape of a powerful greenhouse gas. In total, it amounted to about half an inch spread over three acres. In fact, the soil lost carbon in untreated control plots.

No one knows precisely why, but grasslands throughout California are bleeding carbon. European settlers introduced shallow-rooted annual grasses to the state, which partly displaced deeper-rooted perennial grasses. So carbon put into the ground long ago by deep-rooted grasses may now be seeping out. They had the same history and were exposed to the same conditions, but instead of losing carbon, they absorbed it — at a rate equivalent to nearly 1.

Silver had thought that the compost would simply break down, releasing its carbon back into the atmosphere or, worse, produce nitrous oxide. But those emissions never occurred; moreover, judging by its chemical signature, most of the carbon moving into the soil came from the air, not the compost. The compost appeared to help the plants draw more carbon from the atmosphere than they otherwise would have.

When it comes to mitigating climate change, soil scientists are most interested in what Silver calls occluded carbon — organic material, often in the form of dead microbes, trapped in clods of dirt. This type of carbon can potentially stay locked away for centuries. Another carbon type, called labile carbon, continuously cycles among the atmosphere, plants and organisms in the soil. It was precisely this more durable carbon, Silver discovered, that increased in the treated plots. 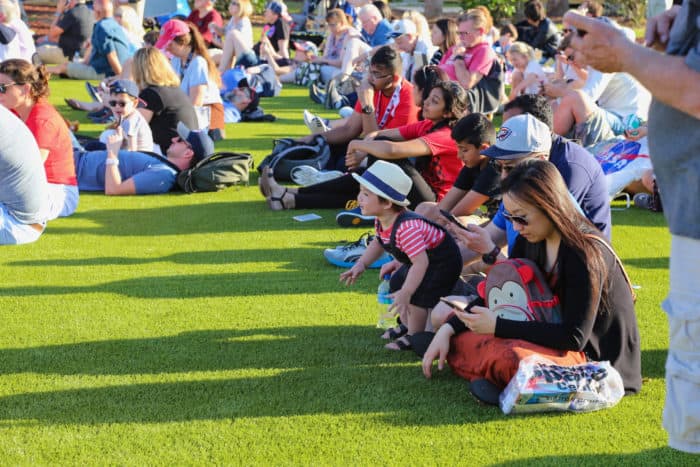 Previously they emphasized how dead organic material had to physically work its way into the soil. But the newer model stressed the importance of living plants. And perhaps more important, as plants pull carbon from the air, their roots inject some of it into the soil, feeding microorganisms and fungi called mycorrhiza. An estimated 12, miles of hyphae, or fungal filaments, are found beneath every square meter of healthy soil.

Computer simulations suggest that it will continue to do so for decades. It also retained more moisture and grew about 50 percent more grass. One dose of compost ignited what Silver calls a state change: The plants and the soil — and everything that inhabited it — moved toward a new equilibrium in which the soil ecosystem pulled in and retained greater amounts of carbon.

Silver began publishing her findings in scientific journals in Her second paper, written with her postdoc Marcia DeLonge and the graduate student Rebecca Ryals, offered a remarkable bit of extrapolation. California has about 56 million acres of rangeland, the single largest type of land use in the state. Much of that offset came from diverting manure from festering lagoons — where it releases methane and nitrous oxide into the atmosphere — into compost, a one-time benefit. But the ongoing drawdown of carbon dioxide from enhanced grass growth could be important, too.

The soil-improving practices that Wick, Silver and Creque stumbled into have much in common with another movement known as regenerative agriculture. Its guiding principle is not just to farm sustainably — that implies mere maintenance of what might, after all, be a degraded status quo — but to farm in such a way as to improve the land.

The movement emphasizes soil health and, specifically, the buildup of soil carbon. It has been a preoccupation for ages. But modern, conventional agriculture has largely relied on synthetic fertilizer to compensate for losses in natural fertility. And while fertilizers help plants grow, some evidence suggests that they can, in excess, accelerate the loss of carbon from the soil. An influx of nutrients may feed precisely those microbes that release carbon back into the atmosphere.

Plants may also excrete less carbon into the earth when bathed in synthetic fertilizers, causing the ancient relationship among plant roots, soil fungi and microbes — the symbiosis that increases soil carbon — to fray. But one of the more remarkable aspects of the regenerative-agriculture movement is that it has been driven largely by farmers themselves. Its proponents fret over soil carbon not necessarily because the N.

They have discovered that doing so can help their bottom line.

Darin Williams is one such farmer. He lives near Waverly, Kan. A life-size plastic deer sits on his front lawn, run through with arrows; he uses it for target practice to sharpen his hunting skills.

For nearly 20 years, Williams worked as a contractor, building houses in Kansas City. But work dried up after the financial crisis hit in Williams decided to return to the family farm near Waverly, an area of gently rolling plains, and give farming a try. His family had farmed some when he was a teenager before leasing the land to tenants for years, and he knew it was difficult to make ends meet.

But he was inspired by an article about a North Dakota rancher and farmer named Gabe Brown, who claimed to have developed, through trial and error, a more efficient and cost-effective way to farm. Seven years later, his gamble seems to have paid off. He started with 60 acres, now farms about 2, and, when I visited last fall, had just purchased an additional In one of his fields, we walked down a lane he had mowed through his warm-weather cover crops — plants grown not to be harvested, but to enrich the soil — which towered over us, reaching perhaps eight feet.

They included sorghum, a canelike grass with red-tinted tassels spilling from the tops, mung beans and green-topped daikon radishes low to the ground. Each plant was meant to benefit the earth in a different way. The long radishes broke it up and drew nutrients toward the surface; tall grasses like sorghum produced numerous fine rootlets, adding organic material to the land; legumes harbored bacteria that put nitrogen into the soil. His strong herd of British white cattle — he introduced livestock in — would eventually eat through the field, turning the plants into cow patties and enriching the soil further.

Then he would plant his cash crops. The mulch, along with his cover crops, inhibited weeds from becoming established, a major concern for conventional farmers, because so many weeds have evolved resistance to herbicides.